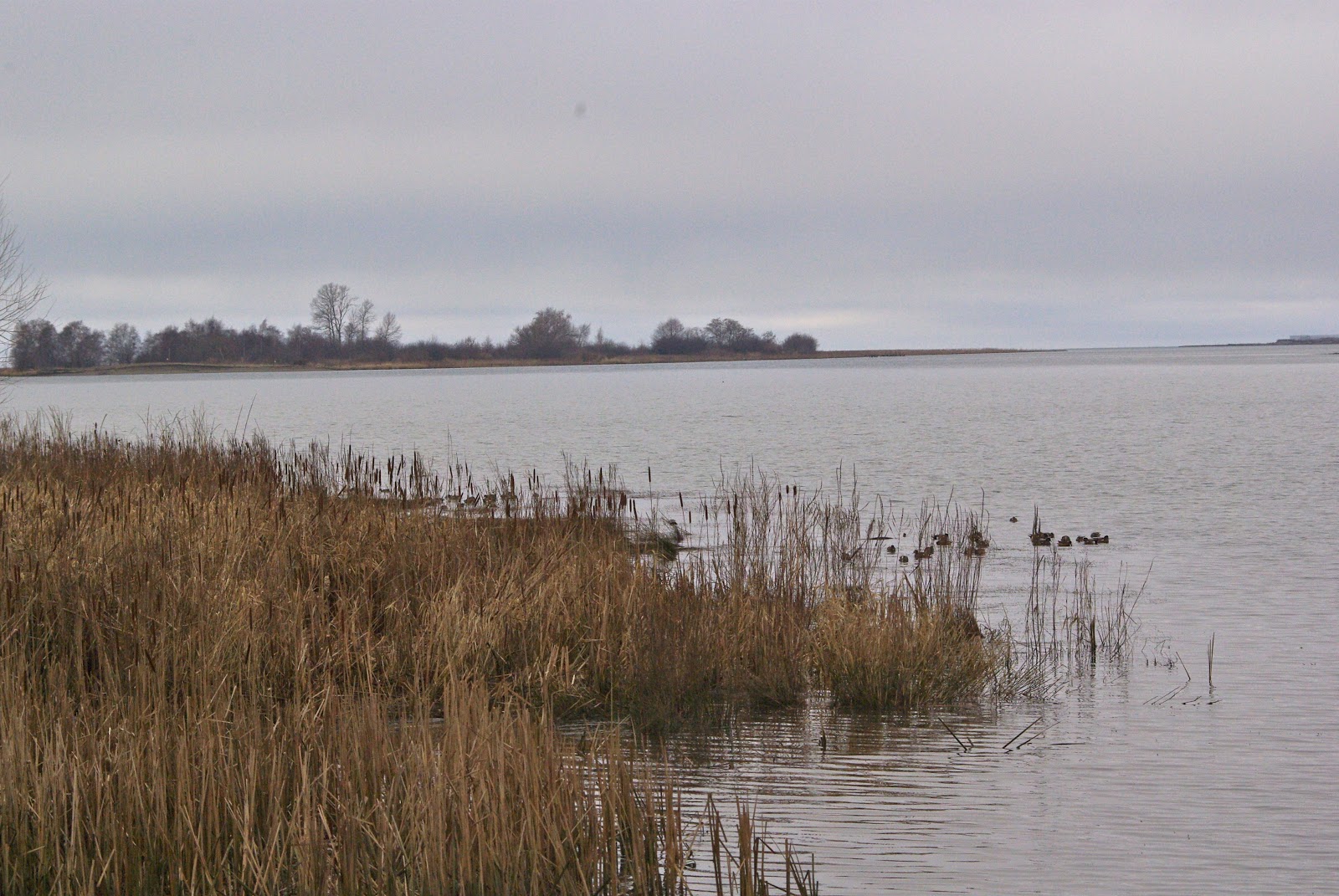 This weekend our Sunday Stroll almost did not happen- a combination between people feeling under the weather and the actual weather. We had planned on re-visiting the Reifel bird sanctuary however the fog- which came and went and then came back again with no warning- made any bird viewing almost impossible. It was decided we could save our visit to the bird sanctuary for another- much nicer day- and so we scrambled about trying to figure out a very casual and close hike- which turned out to be more of a walk. 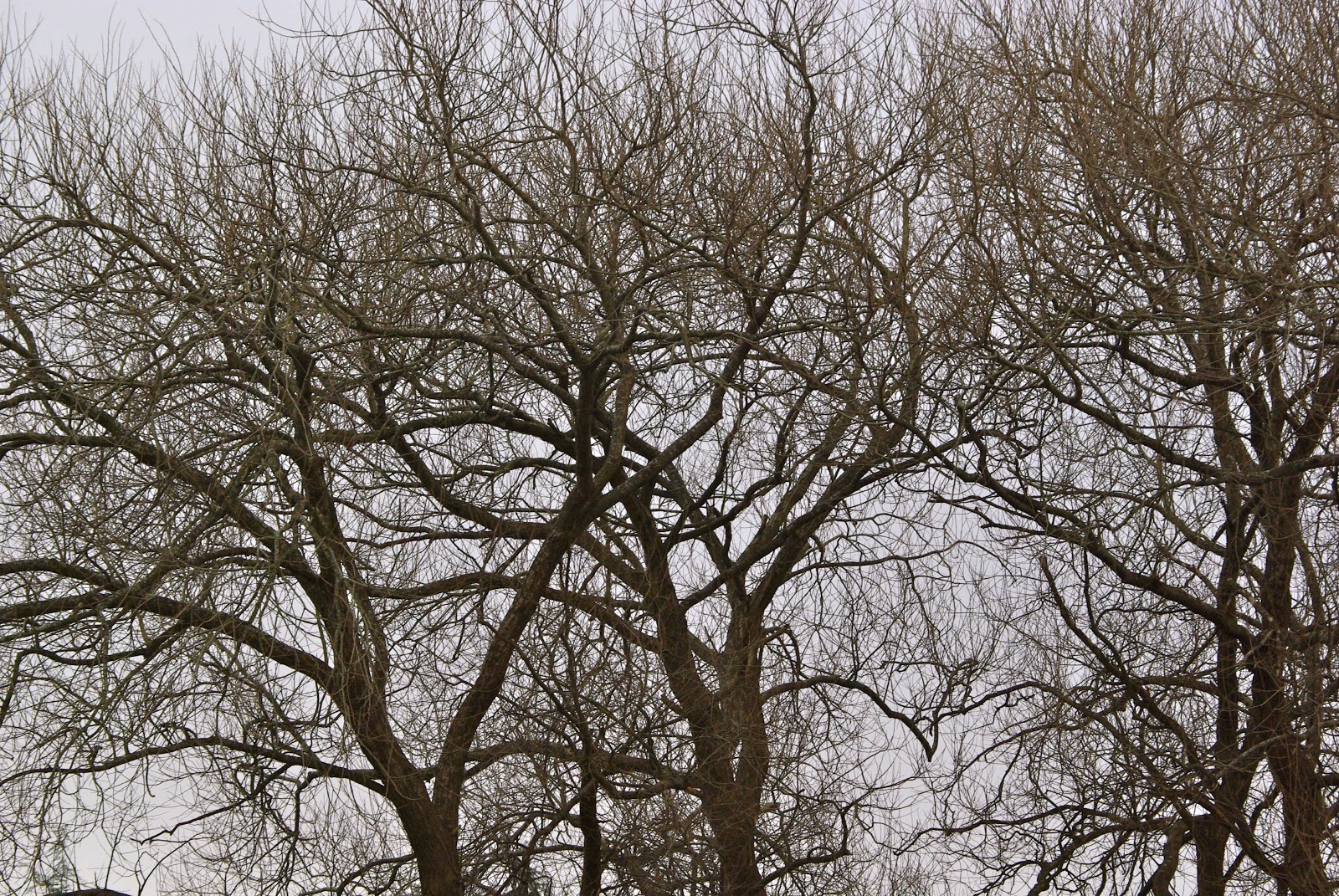 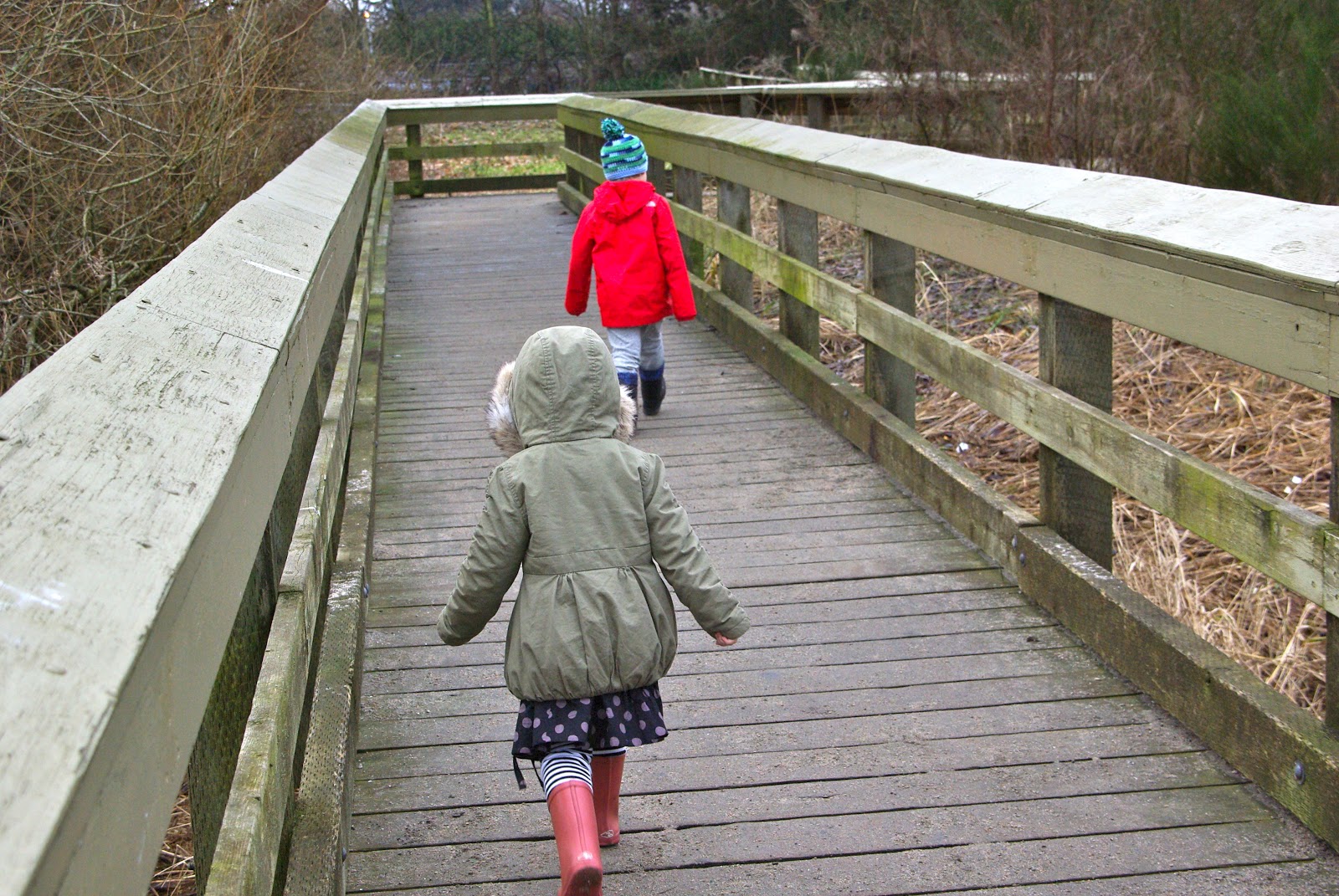 We were already out in the city of Richmond- which is relatively close to Vancouver- and decided instead of a complicated hike we would hit one of the many and very accessible trails that run through out the city. We settled on the Middle Arm Trail which is located just behind the Olympic Speed Skating Oval( River Road) and runs along the middle arm of the Fraser River- the length of the entire trail runs 38 km but we just tackled a portion of it. 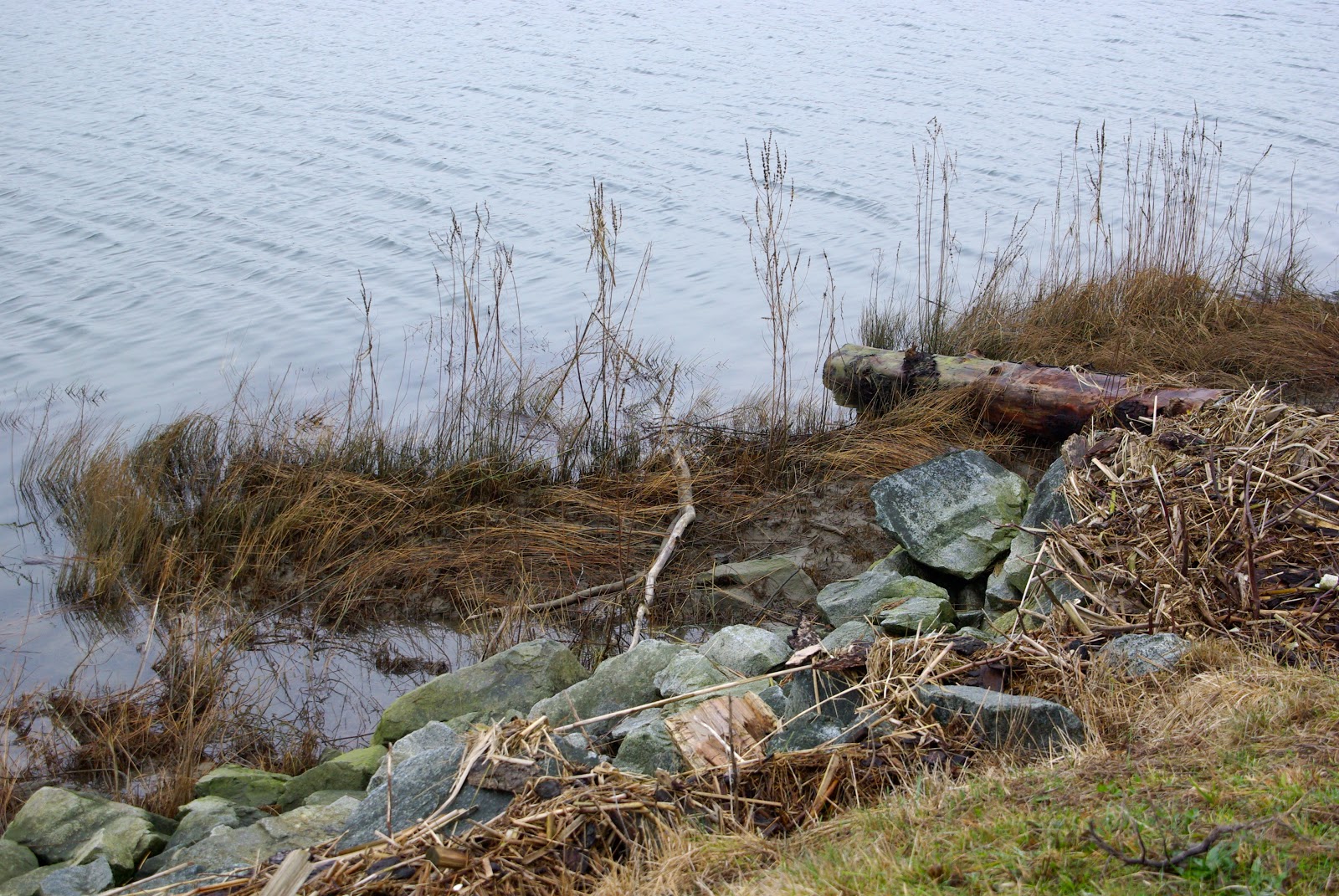 I will admit that I was a tad hesitant about this hike- the whole idea of our Sunday Strolls are to get us out of the city and here we were settling for an urban hike in the middle of a busy city. Yet peace and nature and community surrounded us on our hike- wildlife was plentiful and viewed from various viewing platforms along our walk. I think the best part of our afternoon was the amount of people we met who stopped and said hello or just smiled and waved at the kids who ran willy nilly down the trail. 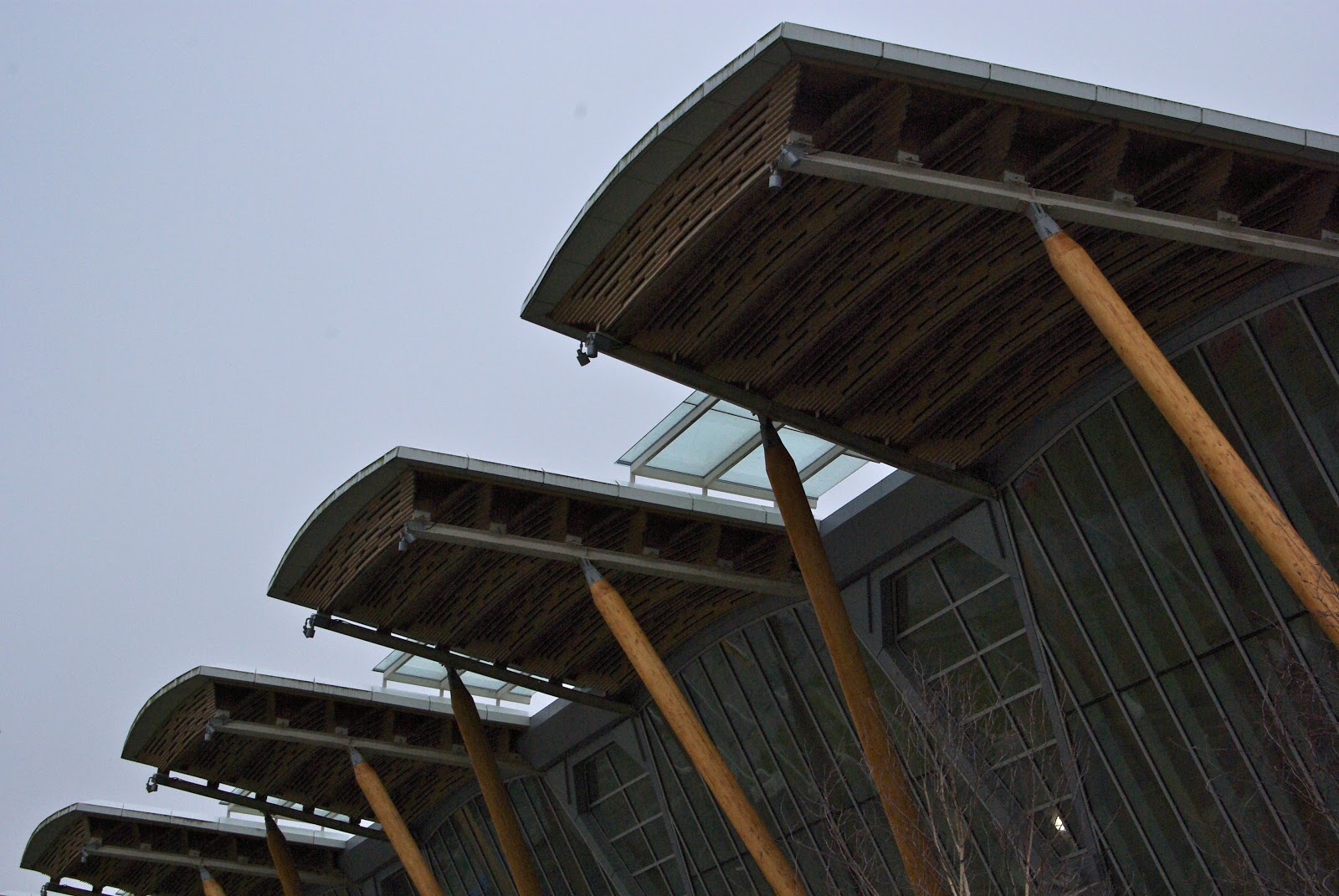 It was thanks to this willy nilly running that we stopped at a place we had never explored before- The Boy bailed and had full on road rash all over his wee hands- some water and band aids were in need. Luckily the Richmond Speed Skating Oval from the 2012 Winter Olympics was our closest venue- now a bustling community centre they had the appropriate first aide supplies we needed and we got to experience a beautiful building. 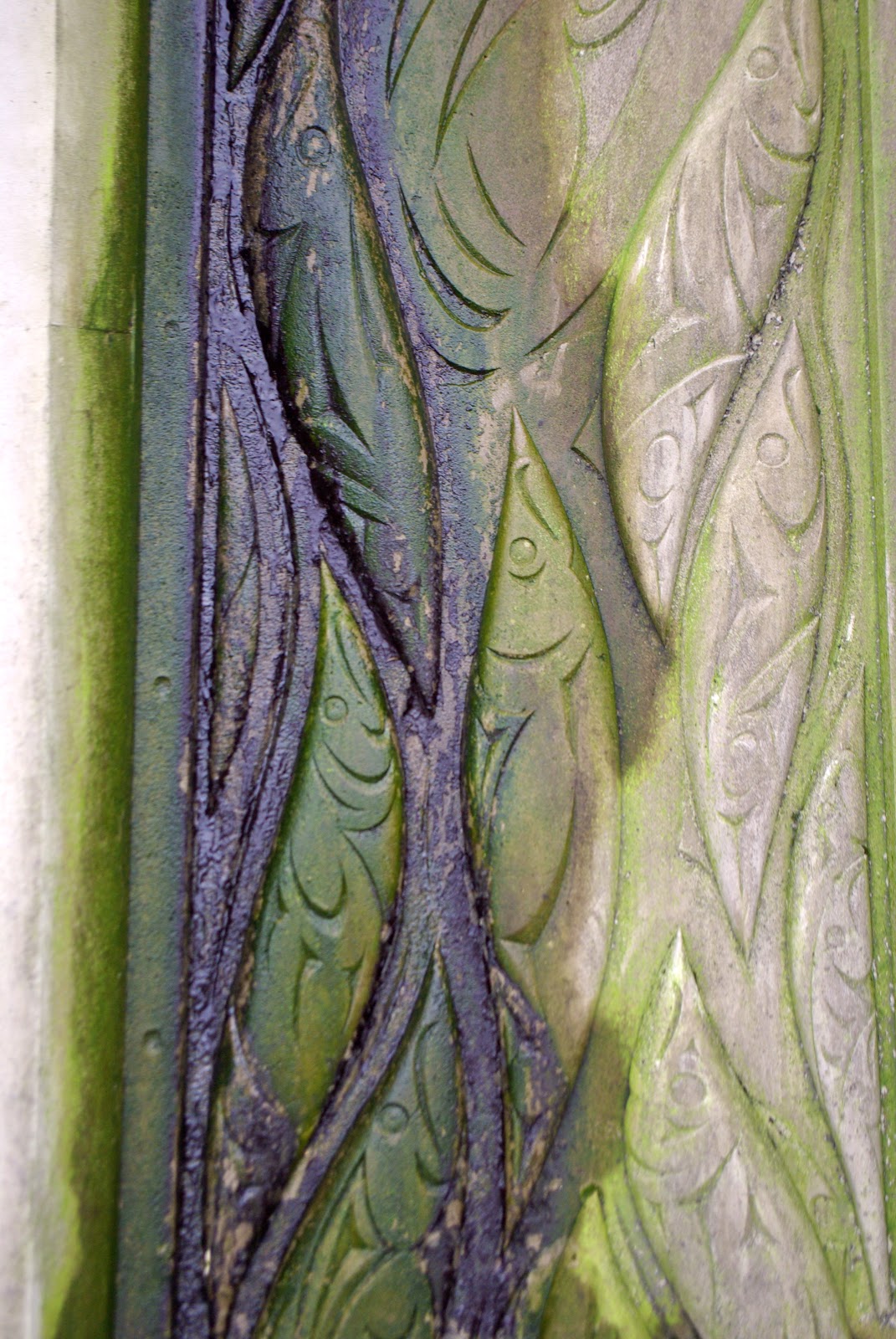 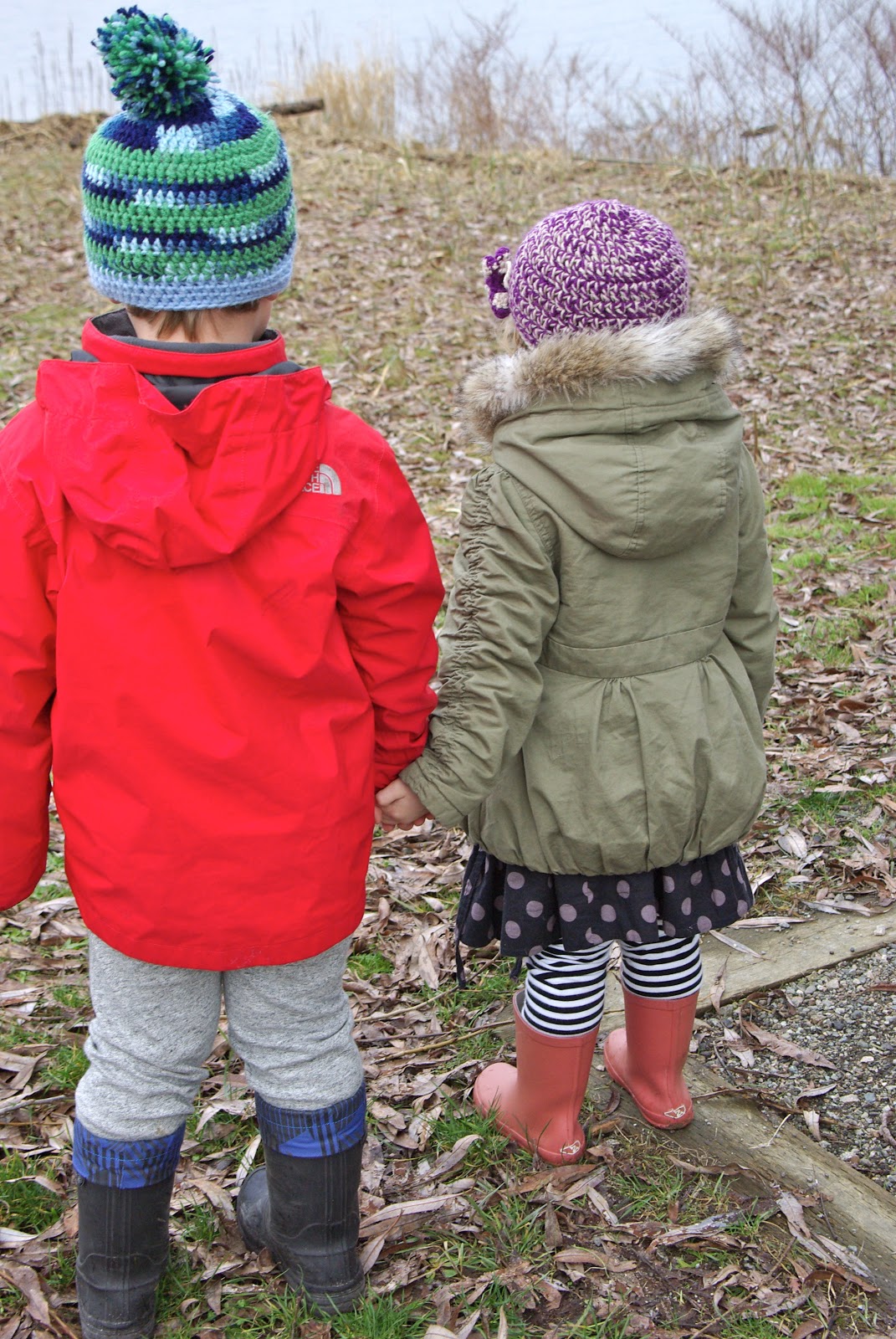 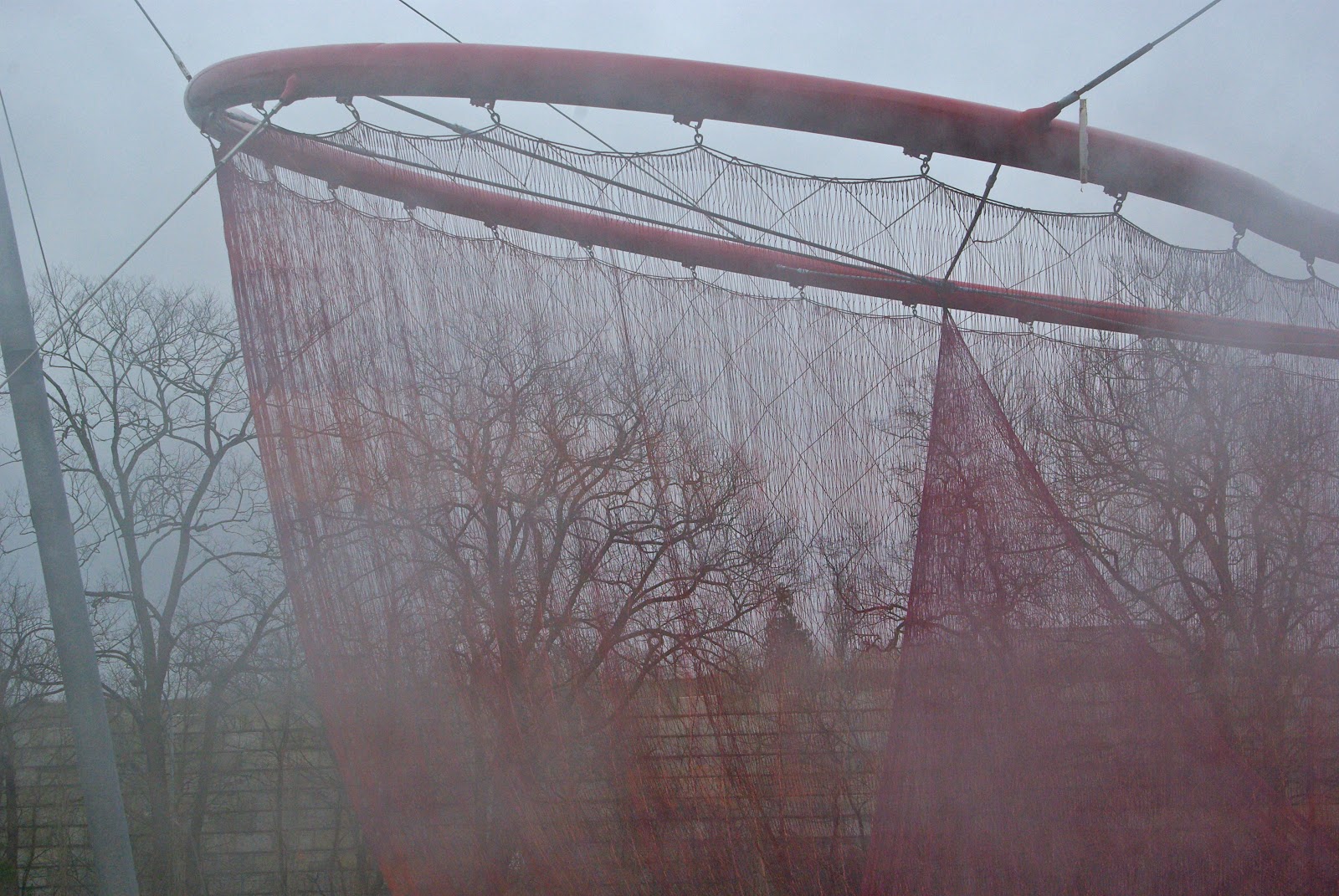 In our exploration of the facility we stumbled upon some beautiful public art- Water Sky Garden by Janet Echelman 2009- is a beautiful addition to the Richmond Olympic Oval. Massive netting suspended over tranquil water gardens interlaced with bright red bridges- water circulating in the ponds- it is a beautiful piece- especially in the fog with a light breeze blowing gently making the netting sway. Peace and tranquillity existing along side the hustle and bustle of the busy city streets- tucked around the corner from the front of the building you would never know there is a busy road right there- it was so quiet. 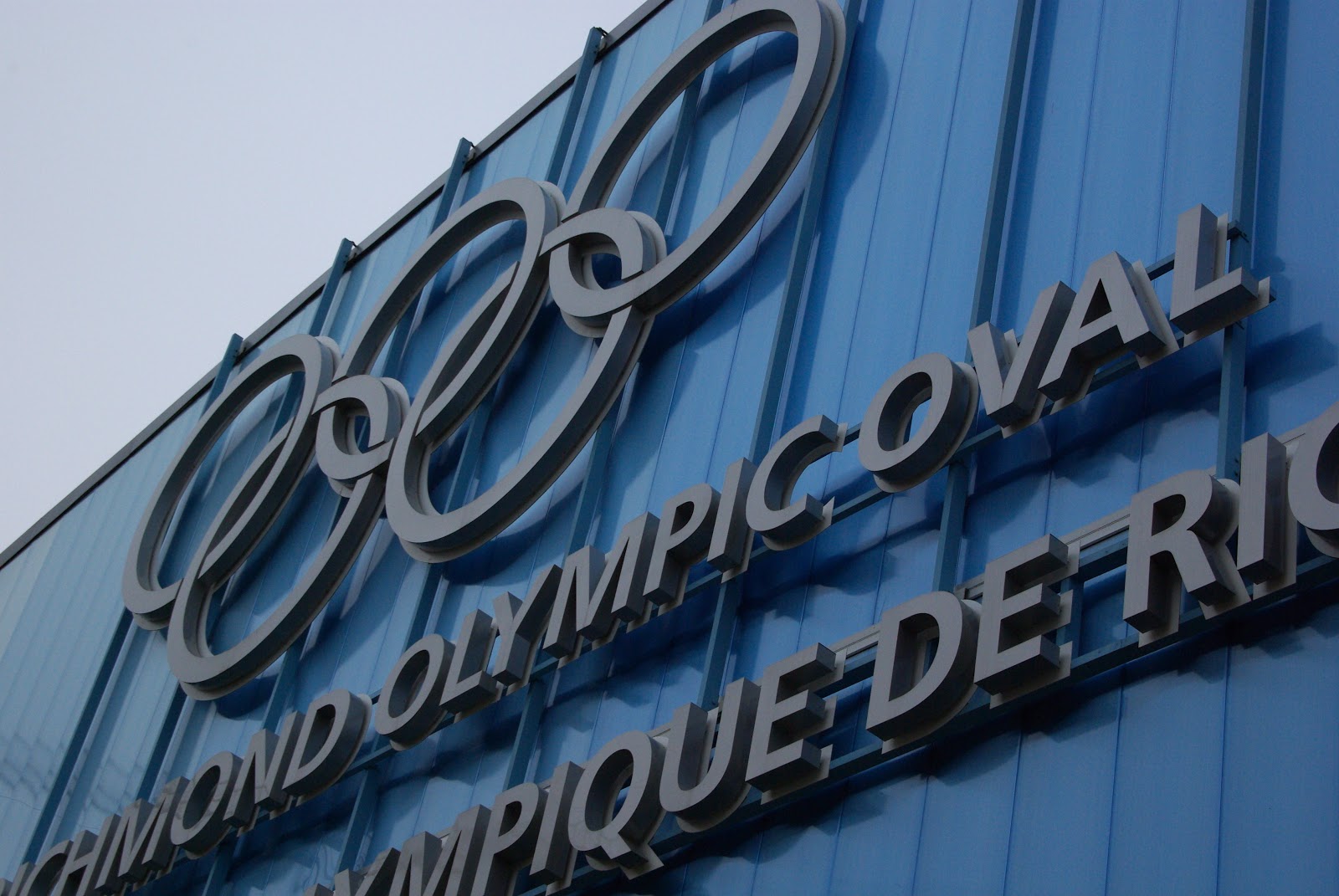 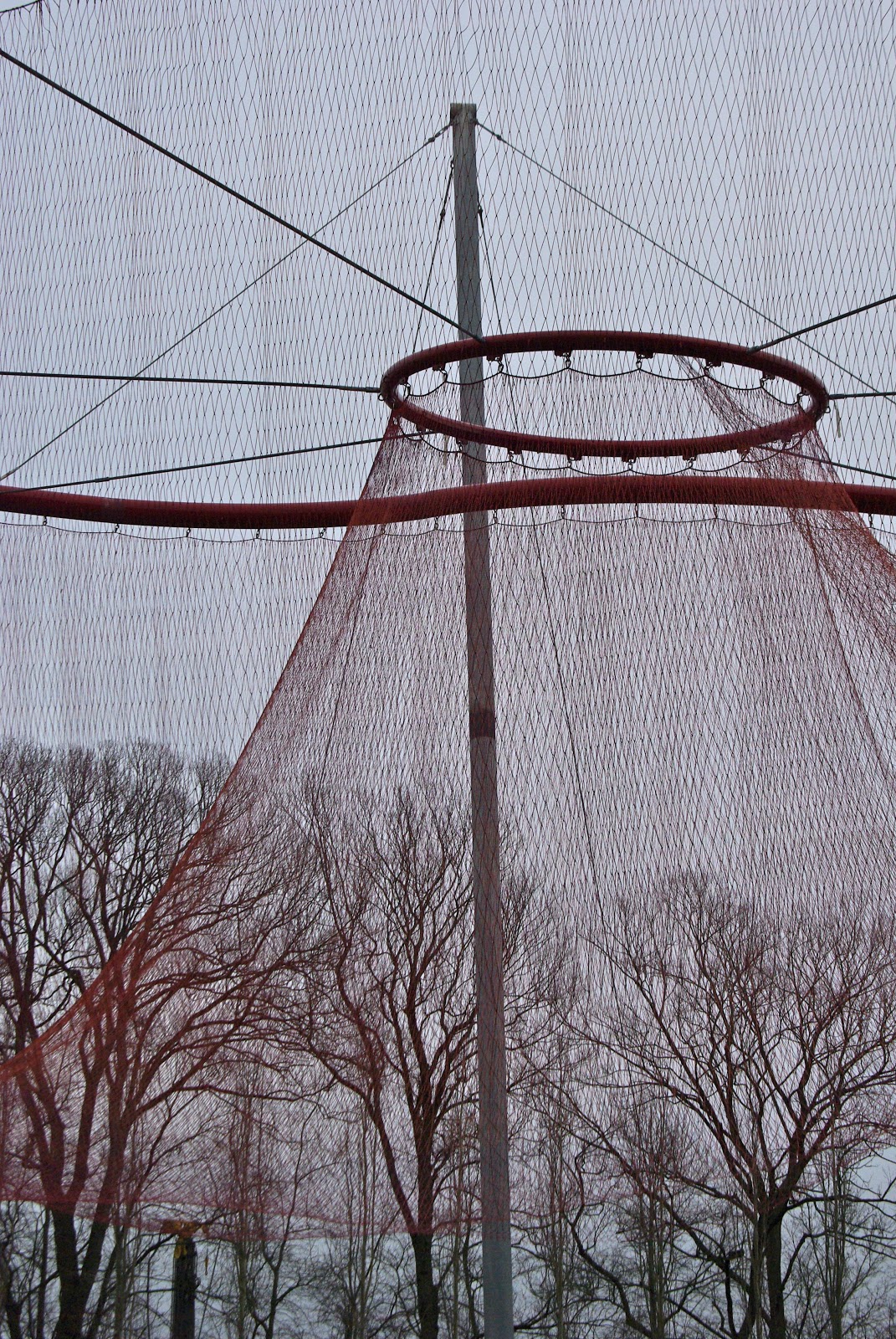 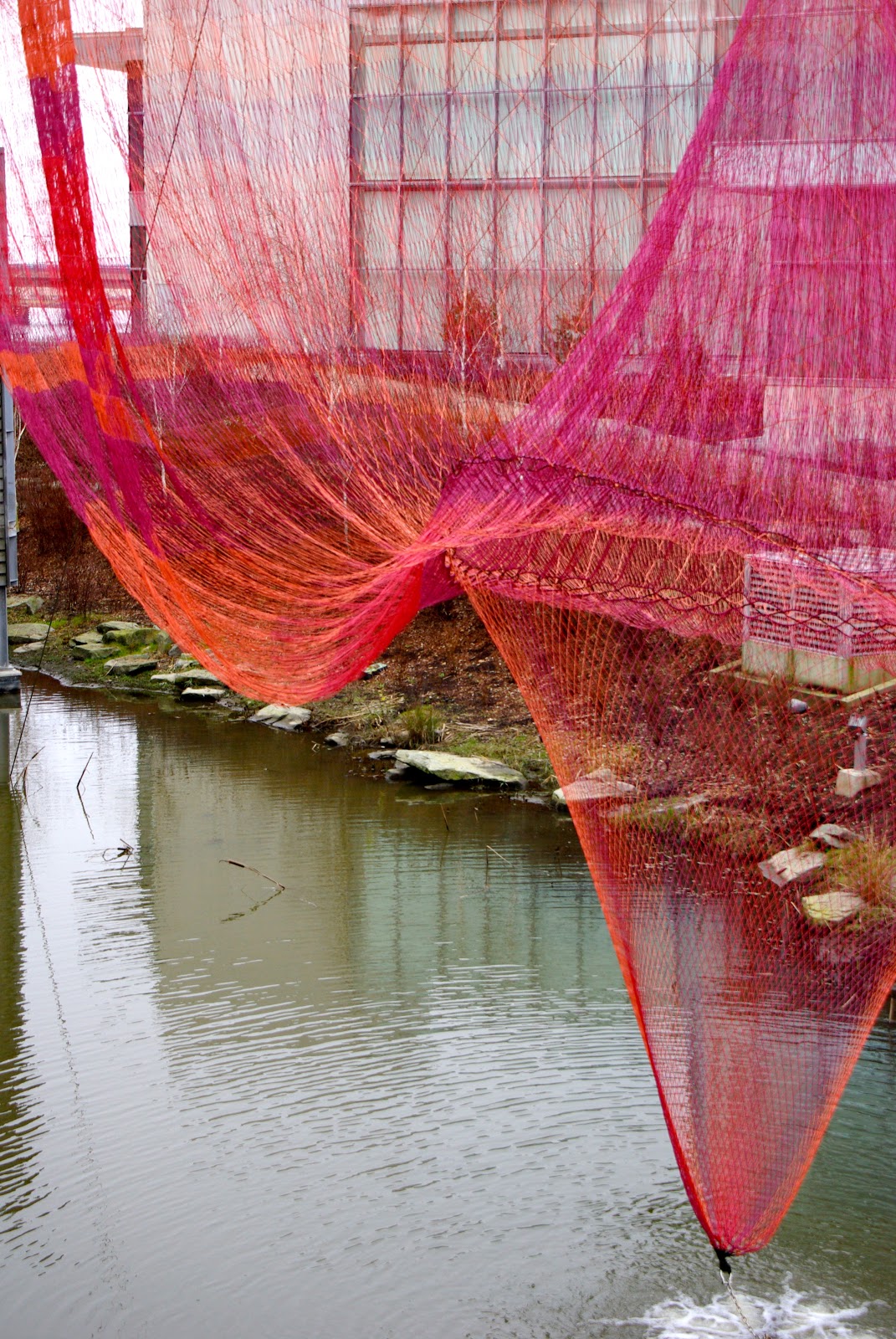 This is a hike I would do again- it is easy and accessible- the Littles had a great time running down the safe path and exploring all the points of interest as well as spotting birds and airplanes. Richmond has an extensive network of these trails running through out the city and we most definitely want to check out more. The fresh air was exactly what we needed to clear our own fog surrounding our heads, the ocean air in our lungs making us feel freshened and ready to tackle a new week! 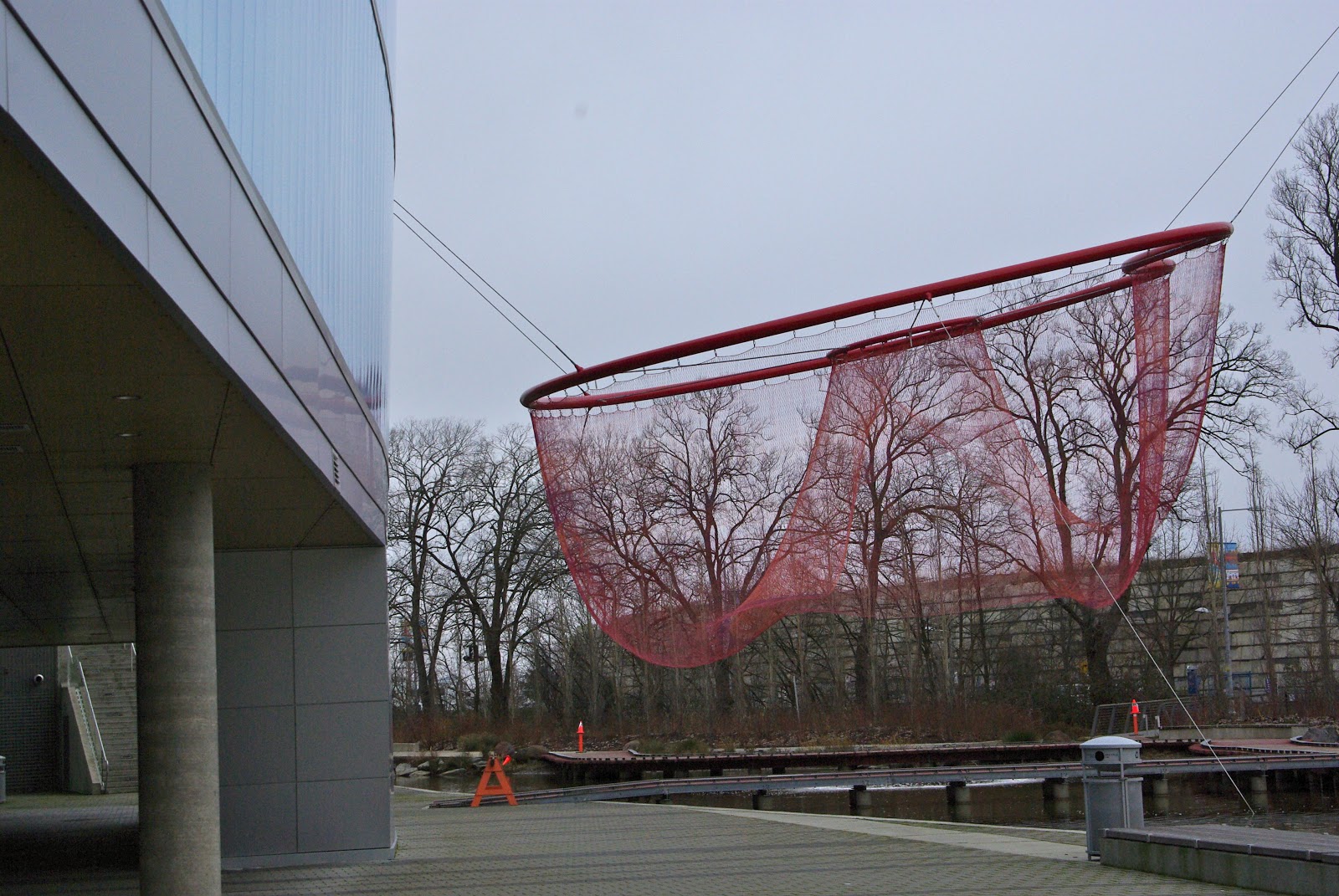 Please feel free to leave a comment- I love hearing from you! 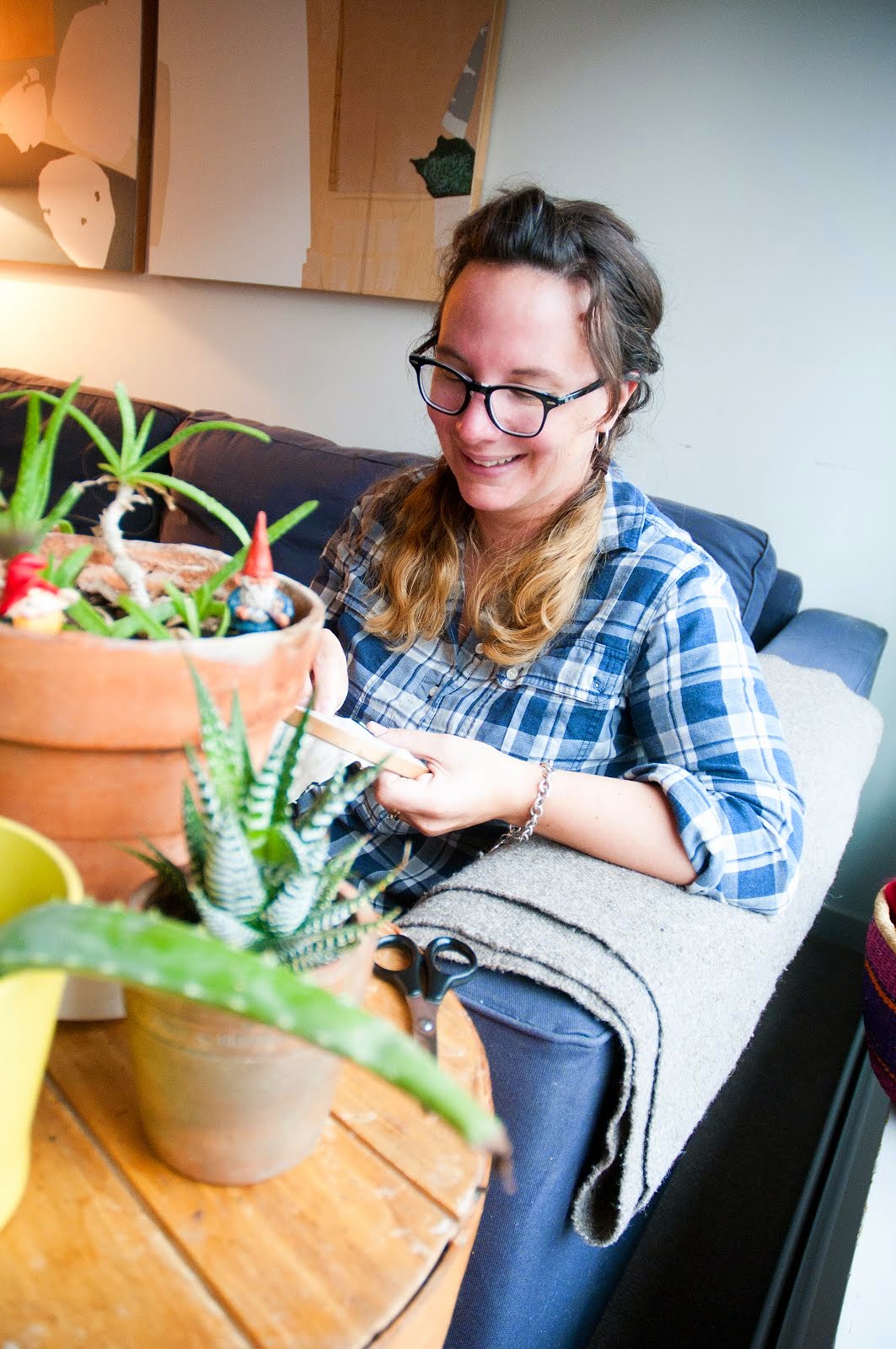 How To: Block Print